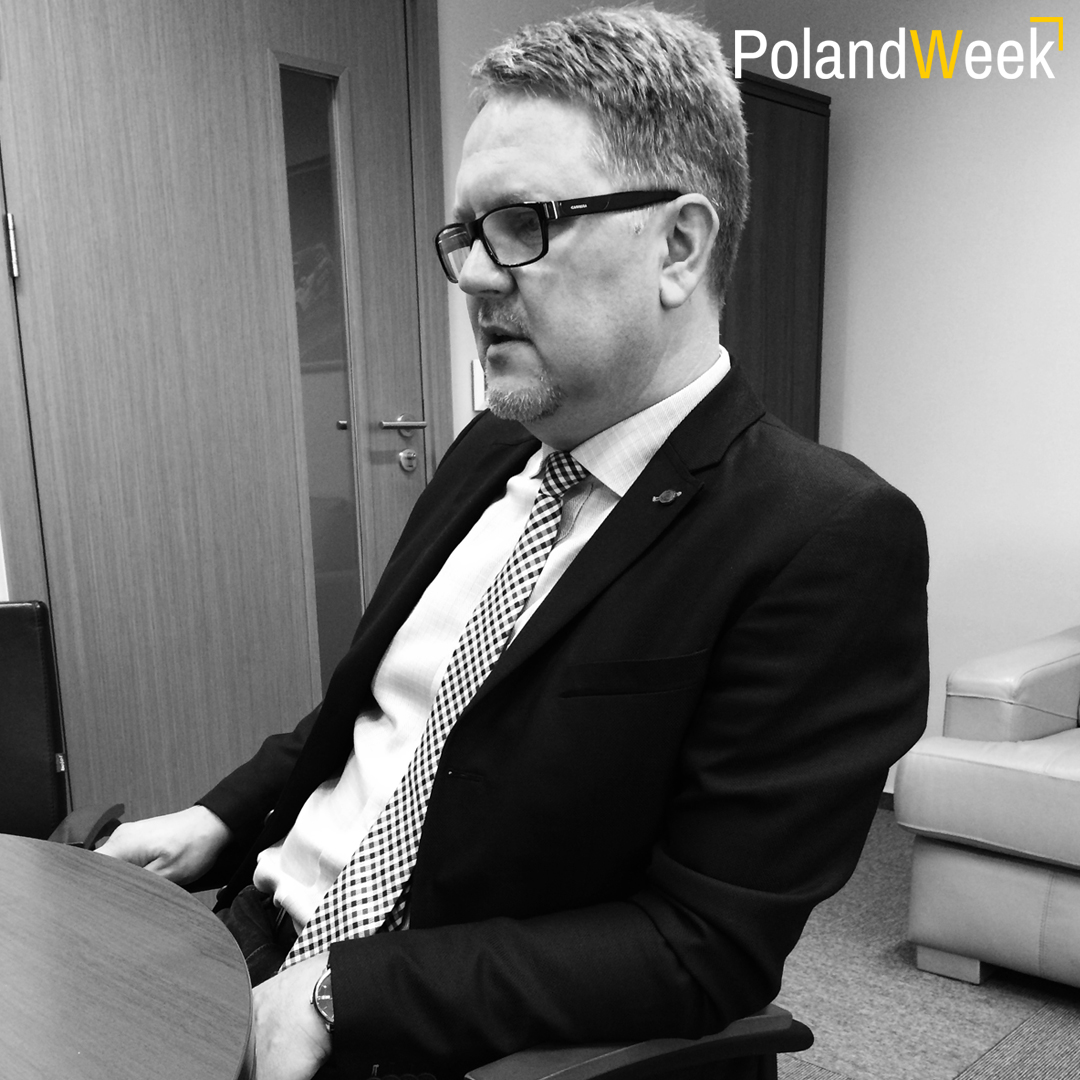 We constantly invest in development. In the growth dynamics we won’t let others overtake us – says Rafał Pietrasina, CEO of ANWIM INC., an operator of petrol station’s network Moya.

PolandWeek.com: How did you, a metallurgist and graduate of AGH University of Science and Technology, get into the petroleum industry?

Rafał Pietrasina: Not in a day. After graduation, I have worked for 2.5 years for the steelworks in Siemianowice Śląskie. After that period, I knew already, that workplace that is stable but lacks potential for development can’t give me satisfaction. I needed challenges, something that would have let me test my potential. I decided to tie my professional life to Esppol, then ANWIM. The former company transported liquid fuels, the latter’s core business is a wholesale fuel trade. Three years ago both companies merged. Today, we are on the list of “Pearls of Polish Economy”.

Was it worth to take that step?

Definitely yes. Currently ANWIM competes with the biggest players on the market. Annual turnover of 2.5 billion zlotys places us among the leading independent fuel trading companies. When we add our youngest business child to that, the apple in our eye, we are a leader.

That apple in your eye is…?

Petrol station network under the Moya brand name. We have been creating it for 7 years. Today we have over 113 locations, among which 13 belong to us, the remaining 100 are franchise businesses. By 2019, we are going to create a network of 250 petrol stations – 200 in a form of franchise and 50 of our own.

Why was a decision about creating Moya taken?

We needed greater diversification of our business. Before setting up, half of our turnover came from wholesale business, the other half was generated by fuel delivery services to fuel stations, which belong to hypermarkets. Unfortunately, servicing that kind of petrol stations is dependent on annual tenders, what resulted in huge business uncertainty. We were looking for a niche, which would let us developing a new, effective fuel distribution channel and stabilize income. That’s how Moya came into existence.

Fuel station market was a shrinking market at that time…

That’s true, but it still had a huge potential. Among 6.5 thousand of petrol stations, only nearly a half of them represented a well-known brand names. The remaining stations were independent locations. For that reason we started with franchising, not with building our own facilities. The franchise concept is still our core competence in this industry.

How do you convince entrepreneurs to join the network Moya?

The offer is attractive and competitive. Our added value are relations of partnership and completely different form of cooperation with franchise holders – other than in the case of big concerns. Our competitive advantage is fast decision making. Partners, especially those, who were running gas station under “big brand name”, appreciate that. We provide full support with rebranding, promotions in convenience stores, etc. We train the staff and support our partners with training courses in running this type of business.

Today’s gas stations are not only petrol-selling points, but also places of comprehensive travelers’ service.

Within our branded petrol stations, the fuel sales make a half of income, while the store and Café Moya generate the other half of revenue. Statistics show similar tendency among our competitors.
I would add, that in Moya, we invest a lot in products under our own brand. It is visible in Café Moya and the store. Moreover, as the only independent company, that is not a petrol producer, we sell our own refined diesel fuel ON MOYA Power.
Four our network’s customers, we offer our own loyalty and rebate programs. Clients with loyalty card buy fuel with discount. This is the only such program, in which real money is saved (5 gr for each liter of purchased fuel).
In MOYA we are particularly focused on keeping standards. We don’t want our customers to ever feel that service quality differs from what is offered by large concerns.

Pro-ecological trends are increasingly visible on the car market. Does that have an influence on investments in petrol station network?

The current oil-price stays low. Maybe it is not so apparent now, but on the retail market the trend to develop alternative drive system – for instance hybrid drive – is evident. This trend won’t fade away, but in the short term it’s hard to picture a heavy transport driven with electric power. Transport and logistics industry is an important part of our business. Market of TSL services grows usually in proportion to the GDP growth. Thus, such a good prospects for the sector are the reason for expanding our B2B offer.

What it means in practice to expand offer for TSL sector?

We develop our fleet program “Moya Firma” (“My Company”). Simultaneously, we increase the quantity of automatic fuel stations designed for B2B clients. Currently we have two locations: in Różyniec, at the A4 highway and in Świecko-Słubice at the A2. But that’s just the beginning. We are going to provide service to our customers at the major border crossing in the south and west of Poland. At present, we apply to respective authorities for build permits or are in the process of constructing a number of such facilities. We are aware, that B2B clients are the future of our sector, and we come forward to meet their needs.

What is the toughest problem in the sector?

The biggest problem of the petrol industry is a grey market. Unfortunately, within the last 5-7 years this – let us call it a “part of the market” – has been growing rapidly. Poland’s shadow economy is estimated at 50 billion of zlotys, fuels make up a share of approximately 10 billion of zlotys. Currently, for instance, roughly 20 per cent of diesel oil comes on the market without VAT and other tax burdens. Not only generates illegal fuel turnover huge tax losses for the state, but also lowers oil industry’s competitiveness. Our products come on the market in a lawful way, which means that costs incurred don’t allow us to provide fuel at such as low price as those that occur within grey market.
Next year, we will be celebrating the 25th anniversary of Anwim. Since the beginning, we have been relying on transparency and a respect for the existing law.
We are a member of PIPP (Polish Chamber of Liquid Fuels) and we commit ourselves to activities for our industry.

Likewise committed to the project of trade tax?

In our opinion, the preliminary draft, especially in the context of fuel franchising, demands revisions. Franchising in this sector usually relates to the fuel delivery, stores are an individual matter for each franchise holder. The new law project was constructed in such a way that costs of turnover tax would have to be borne by franchisors. That would make it more difficult to expand any network. Subsequent expansion would be unprofitable.
Therefore we are an active member of PIPP. Together with our staff members, I took part in the protest organized by franchise networks. We hope that this draft of trade tax law will be revised, so that we can move forward.

Where are employees in this run?

An evolution of our approach to employees is a constituent of changes made so far. We want our staff to grow along with ANWIM. Last year, a human resources consulting company carried out an evaluation of our employees’ skills. On the grounds of the audit we prepare training courses so as to develop our staff’s competencies.

Finally – spare time – how do you spend your free time?

Skis in the winter, bike in the summer. I’m also interested in Formula 1.

Rather tracks. Especially those with long straights. I like emotions related to overtaking. Like in business, where difficult decisions must be taken in a short time. Relating to our company – in this race – we won’t let others overtake us.