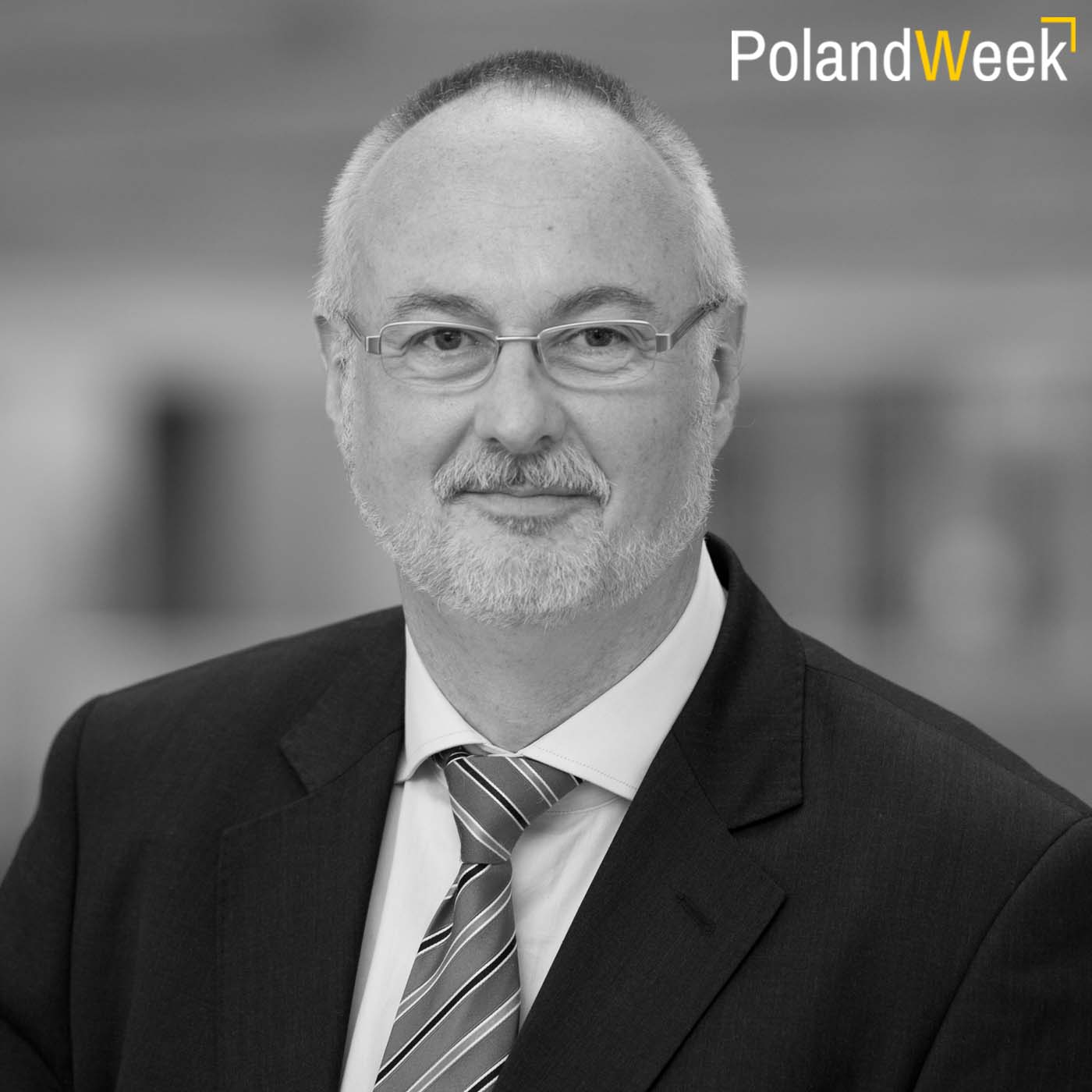 PolandWeek.com: The Port of Hamburg is considered to be the German economy’s Gateway to the World. Why is that?

Ingo Egloff: The Port of Hamburg is Germany’s largest seaport. Around 24 percent of all goods in German seaborne foreign trade are imported or exported via Hamburg. The universal port of Hamburg possesses a dense network of hinterland links with all regions of Germany and neighboring countries. More than 1,000 seaports worldwide are linked with the Port of Hamburg by direct liner services. Most other ports are accessible via transhipment services. This enables shippers in trade and industry, as well as forwarding and logistics companies, to have their export or imports transported to/from every continent in the world via Hamburg and to be players on the world market in the era of globalization.

The Port of Hamburg has a long tradition and down the years has built up its leading position. One important factor here is that goods are not only handled in the port area, but also processed and produced. Many industrial enterprises source the raw materials they need via the Port of Hamburg, or export finished products via their own handling facilities or through the port’s terminals. In addition, the Port of Hamburg with a local volume of around 30 percent handles a very high proportion of goods that are bound for the Hamburg region or originate from the Hamburg Metropolitan Region.

The Port couldn’t operate without routes into the hinterland? Which ones are the most important?

Comparing the ports in the North Range, it is primarily Hamburg’s location on the Elbe, about 100 kilometers eastwards into the interior of the country, that determines the hinterland markets the Port of Hamburg is predestined to serve: the large destination regions in Central and Eastern Europe with about 450 million potential consumers that can be reached rapidly thanks to the minimal distances for pre and post-voyage transport runs. That covers all countries from Germany as far as Russia. Via the centrally located Port of Hamburg, goods can be transported by low-cost seagoing vessel close to the markets being supplied. For these regions, the shorter distances mean that costs for further transport on multimodal services are less of a factor than with other ports. Many shippers exploit this advantage by routing their imports or exports via Hamburg.

What role does the rail network play?

In the modal split for Hamburg’s landside hinterland services, rail freight takes first place. As Europe’s largest rail port, with more than 200 daily freight trains we enjoy a great competitive advantage compared to the other North Range ports. Poland’s importers and exporters are among those who profit from our environmentally friendly, reliable and economical rail services to/from the hinterland in Central and Eastern Europe. The infrastructure is efficient and well equipped for further growth. Just south of Hamburg, Maschen marshalling yard is one of the largest of its type worldwide, acting as a distribution center for rail freight services along the North-South and East-West traffic axes.

China has introduced the idea of The New Silk Road in order to establish a railway connection with Europe. Trains are already on the move. What impact will it have on the Port?

Existing freight train links with China will have no influence on sea transport that is significantly larger in volume, since it is only time-sensitive continental freight that makes its way between Hamburg and Chinese inland destinations. The use of such rail links is only feasible for a limited number of goods categories, since transport costs for the same distance are several times higher than for sea transport. From our angle, these freight train connections constitute a sensible back-up. For instance, building elements or spare parts required at short notice for maintaining production processes could be shifted rapidly between China and Hamburg along the new rail link. Hamburg already has six rail services with China per week and is well connected with the Chinese rail network. As the leading port for China in Europe, we are also in permanent dialogue with rail operators and those with responsibility for infrastructure via our Representative Offices in Shanghai, Hong Kong, St. Petersburg and Warsaw.

800,000 fewer containers were handled in 2015 than a year earlier. What is the reason? Is it only because of weakness in China’s foreign trade and Russia’s economic problems (sanctions)?

The considerably more sluggish development of foreign trade for both these countries compared to previous years was undoubtedly the decisive factor behind the 2015 downturn in the Port of Hamburg’s container handling. In addition, since the Port of Hamburg is the hub for container services with the Baltic region, a fall in cargoes to or from China and Russia on transhipment services makes a double statistical impact on the throughput figures. Compared to other ports like Rotterdam or Antwerp, Hamburg has a transhipment volume that is around seven percent higher. Any changes in this transport segment are therefore very easily noticeable in Hamburg’s container handling statistics. Gratifying growth on container services with countries like the USA, Malaysia, India, the UAE or Mexico was not sufficient to offset volume downturns in container services with China (14.4 percent) and Russia (34.4 percent).

Were Antwerp and Rotterdam affected the same way?

No, and for two reasons: Firstly, the lower transhipment volume at these two ports on container services with China and Russia influenced container handling figures; and secondly, they both enjoyed growth caused by the transfer of container services from other ports. Antwerp took over several liner services from Zeebrügge, Rotterdam a few from Amsterdam. In both ports, entry into service of additional handling capacities with the expansion of the port area will also have contributed to the result.

What has to be done in order to maintain the Port of Hamburg’s high performance?

In Hamburg we are also adapting capacity and expanding terminal capacities. Capacity at Europe’s largest intermodal terminal at Altenwerder Container Terminal is currently being increased to 930,000 TEU. In addition, the dredging of the fairway on the Lower and Outer Elbe is for us a top priority, so that we can cater better for calls by Ultra Large Container Ships (ULCS), as well as other especially large seagoing ships, and be able to facilitate passing by such ships on additional sections of the Elbe.

What are the greatest challenges ahead of the Port?

After the lawsuit brought by some environmental groups against the adjustment of the Elbe fairway, we are now waiting for the verdict from the Federal Administrative Court in Leipzig on this essential infrastructure project. In certain circumstances that could take up to the beginning of next year. For the Port of Hamburg, rapid implementation of the fairway adjustment is of immense importance. The expansion mentioned of the transport infrastructure and the terminal sites will also be a challenge for the coming years, since its proximity to the city limits the space available for the Port of Hamburg.

Hamburg is currently the main port in the North for container services with the Baltic region. Do Polish ports pose competition for Hamburg? What are the port’s advantage over Polish ports?

The fall in handling on seaborne container services with Polish ports is also a consequence of the adjustment of container liner services that now call directly at Gdansk without transhipment at a port in the North Range. The argument for hub ports like Hamburg continues to be the large number of berths and the superb equipment at the terminals for clearing particularly large vessels, the short distance to Poland through the Kiel Canal into the Baltic and superior hinterland links by rail and road. In addition, direct calls by large vessels are only viable if a sufficient volume of cargo is available for the port of call. If that is not the case, then the feeder vessel as a fast and efficient feeder solution via Hamburg is far more flexible and economical. Especially in times of steeply fluctuating volumes in seaborne foreign trade, deployment of flexible feederships can very rapidly and simply be adapted. Hamburg will accordingly remain a hub port in future and an essential one, with worldwide transport chains, for the entire Baltic region.

How does trade with Poland via the Port look?

As the easternmost hub port in Northern Europe, Hamburg functions as the Gateway to the World for imports and exports for the Polish economy. In seaborne container services, containers are transported between Gdynia, Szczecin and Gdansk by feedership. Since Gdynia is a Polish container port that is of special importance for Hamburg, we are following development there very closely, since transfers of container handling from Gdynia to Gdansk could very rapidly make an impact on Hamburg’s feeder services. Landside services between Hamburg and Poland supplement seaborne trades and are especially attractive for shippers located inland in Poland. For their imports and exports, Hamburg’s rapid accessibility by rail or truck produces a time saving compared to shipping via Polish ports on the Baltic. Especially on exports, for instance, we find that more containers are being shipped direct via Hamburg on liner services to the USA and Canada, but also ports in the Middle East. This enables Polish exporters to cut transit time by between eleven and 14 days compared to shipping via Polish ports on the Baltic. The time gained strengthens the competitiveness of Poland’s exporters.

What kind of goods are shipped to Poland via Hamburg? Where do they come from?

The structure of goods traffic between Poland and Hamburg has changed considerably over recent years and underlines the enormous change in the Polish economy. In the past, coal exports dominated the export statistics. Even if coal is still being exported, foodstuffs and chemical products are the main categories. Other export goods transported in containers are timber products, paper, machinery and furniture. On the import side, it is primarily metals, machinery and textiles that are imported into Poland via Hamburg. An additional important segment is the project cargo handled by special terminals in the Port of Hamburg. Hamburg offers Polish shippers of out-of-gauge and especially heavy machinery and plant elements a huge variety of liner services for such items that are also described as ‘general cargo’. All destination ports can be served direct by liner services or charter vessels.

What are you by profession?

I studied law and I am a qualified lawyer.

Have you ever worked in your profession?

You were a member of the Hamburg City Parliament for nearly ten years and a member of the German Lower House (Bundestag) until 2013. Why did you decide to go into politics?

How did you become an expert in the maritime industry?

What makes this topic of such interest for you?

Hamburg has been a port city for more than 800 years. The port is an essential element of the economy. Many of my forebears worked in the port, shipbuilding and shipping. I became interested in maritime topics at a very early stage. For an export nation like Germany, the Port of Hamburg as its Gateway to the World is of immense significance. I am very happy to be devoting myself to seeing that Hamburg retains its position as an important world port. This is exciting work and I am proud to be doing it.

What do you do in your free time?

When I do have any free time, I read a lot, I take photographs, and I am very happy to spend vacations on the North Sea island of Sylt.